On the heels of yesterday’s security threat against New Jersey synagogues, Michael Cohen, SWC Eastern Director, has been on the ground, interfacing and meeting with local law enforcement agencies as well as various city officials. SWC was immediately notified by its long standing contacts in local NJ law enforcement about the threat to local synagogues that the FBI reported as being credible. 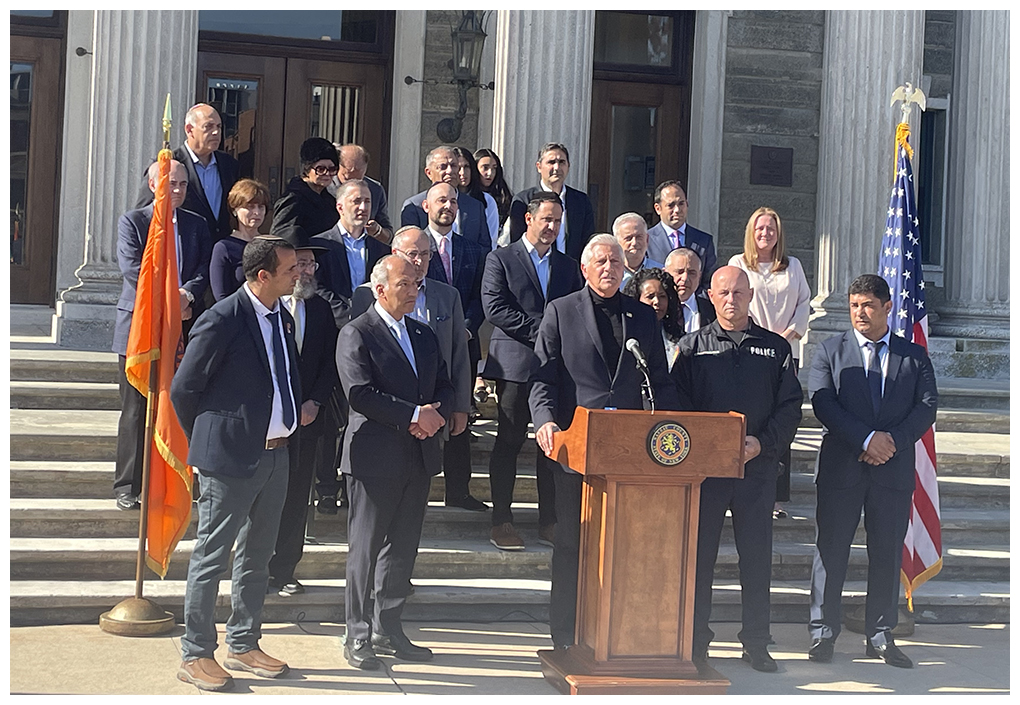 In the last 24 hours, The Simon Wiesenthal Center:

Joined a phone briefing with New Jersey Governor Phil Murphy that included an update from Newark’s FBI field office that is handling the case.

Met with New York City Mayor Eric Adams and others by zoom for a briefing on security measures being taken and to assure the larger Jewish community that there would be enhanced vigilance at synagogues over the weekend.

Attended a press conference with Jewish community and political leaders convened by Nassau County Executive, Bruce Blakeman (pictured at podium) and Nassau County Police Commissioner Patrick Ryder to update the community on the status of the security threat. The SWC has a long-standing relationship with Nassau County law enforcement.

To date, the person making the threats has been apprehended by law enforcement.

The Simon Wiesenthal Center is an international Jewish human rights organization numbering over 400.000 members. It holds consultative status at the United Nations, UNESCO, the OSCE, the Council of Europe, the OAS, and the Latin American Parliament (PARLATINO).